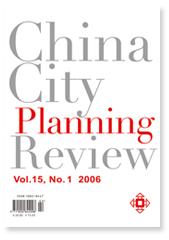 ISSUES2006 No.1
Editor’s Note: After the suspension for seven years, China City Planning Review (CCPR) has at last resumed its publication to worldwide readers. This journal was firstly publicized in 1985 when China began to implement the reform and opening up policies. With the transition of its economic system, the country has entered a new period of high-speed development. Incredible progresses and changes can be seen in all aspects including economy, society, culture, science, technology, education, etc., which attracted worldwide attention. The process of urbanization reaches an unprecedented degree. China, an ancient country with great history and civilization, has entered a new stage of the most advanced and modernized development. City, as the epitome of a country which can reflect all its aspects, a kind of settlements which is mostly populated, is also the place where different kinds of problems and conflicts interact with each other. So it is quite valuable for study and research.

As China is taking big strides towards the world, the world is also walking up to China. More and more people are interested in China and would like to know more about China. The primary mission of this journal (CCPR) is to introduce to the world the general situations, problems and trends of development of Chinese cities, to provide the readers with abundant information including urbanization, urban development strategy, urban problem studies, urban planning, urban design, ，city management, as well as urban environment protection, infrastructure construction, historic and cultural conservation, urban regeneration, scenic spot planning and management, etc. And CCPR will also offer the readers with different opinions and criticism from home and abroad. CCPR hopes to get the support and help from readers all around the world, and we need your suggestions and ideas to make the journal better.