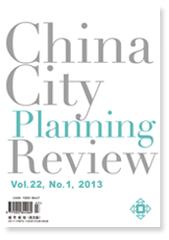 ISSUES2013 No.1
Editor’s Note: In recent years, when China stepped into the era of urban society, urbanization has become a hot issue that attracts the attention from all societal aspects, including both the academia and the political field. Taking that into consideration, the fact that Liangyong WU was awarded China’s National Grand Prize of Science and Technology in 2012 for his long-term explorations on the Sciences of Human Settlements can be regarded as a symbolic moment for architects and urban planners, because it is the first time that the most important prize of China for science and technology was rewarded to an academician from the fields of architecture and urban planning.

Nowadays, urbanization is taken as an important driving force for the socio-economic development of the country in the coming years and it is becoming an important component of national policies. However, in spite of the sustained increase of urbanization level in the past decades, it should be recognized that China’s urbanization is still far away from being healthy and sustainable, because urbanization concerns not only the movement of people from rural areas to urban areas in quantity, but also the integration of rural immigrants into the urban life and the coordination of man-made environment with the nature in quality. It should also be recognized that the development of human settlements means not only the evolution of physical environment from nothing to built-up areas, but also the transformation of farmers to citizens in spiritual terms.

Thus in future, due attention should be paid to the creation of more livable environment in both urban and rural areas, so that the well-organized physical environment can not only meet the demands of people for life, but also help to cultivate the mind of modernity of people. For that, architects and urban planners should work more closely than before with experts from other fields to carry out trans-disciplinary studies, so as to make their significant contributions to the urbanization of China. This is actually the fundamental argument of the Sciences of Human Settlements.