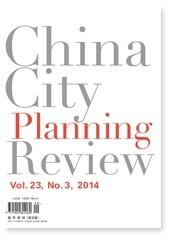 ISSUES2014 No.3
Editor’s Note: In the past three decades in China, the profession of urban planning has seen a sustained and prosperous development, in both practical and academic fields, along with the country’s rapid progress of urbanization. It has been highly acknowledged for its role in guiding the expansion and development of Chinese cities. But, it has also been seriously criticized for its deficiency in dealing with the actual problems of Chinese cities during the process of urban growth, such as environmental pollution, traffic congestion, housing shortage, identity fading, social unfairness, etc. There even arises a phenomenon that, whenever a city encounters a big problem, such as a casual flood after a heavy rain, critiques would go first to urban planning. This shows on one hand the broad appreciation of the society on the importance of urban planning, while on the other hand the great expectation of the society on the efficiency of urban planning.

Although urban planning, as a set of technical tools and public policies to scientifically and rationally allocate spatial resources and regulate urban constructions, is not a panacea to deal with every problem of cities and city development, it surely plays an important role in creating better human settlements of sustainable development. Since the beginning of the year 2014, the municipal governments of Beijing and Shanghai announced in succession either the revision of the existing city master plan or the formulation of a new city master plan. Taking into consideration China’s new policies on urbanization, it is interesting to notice that both of the cities demonstrate their intention of controlling the city scale, with the former highlighting the control over population growth while the latter emphasizing the control over land use expansion. Moreover, in view of the significance of the two cities in China, we could expect that the revision or formulation of their city master plans will demonstrate in details the local governments’ interpretation on the Central Government’s policies of New Urbanization. This may also reorient the profession of urban planning from extensive development to sustainable and intensive development.