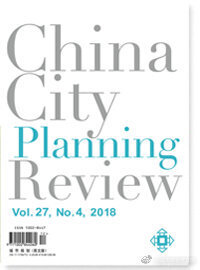 ISSUES2018 No.4
Editor’s Note: Just before the coming of the 40th year of its reform and opening up, China announced the new national strategy of rural revitalization in late 2017 and issued the National Rural Revitalization Strategic Plan (2018 – 2022) in 2018, declaring the goal of overall rural revitalization by 2050 for prosperous agriculture, beautiful countryside, and rich farmers. This shows the determination of Chinese government to resolve the “Three Rural Issues” which have been on the top of its working list for many years since the new century. Looking back to the past four decades when China has undergone sustained urbanization, its rural areas have seen dramatic changes, too. Many villages have either successfully urbanized or soundly developed, many descended to peri-urbanized “urban villages” and more even suffered from decline in terms of population, development dynamics, life quality, etc. This has worsened the imbalanced urban-rural development, which hinders not only the sustained development of the countryside, but also the healthy urbanization of the country. For modernizing agriculture and the countryside, the rural revitalization strategy sets up the principles of farmers-oriented, agriculture- and countryside-prioritized, urban- and rural-integrated, and man- and nature-harmonized, which advocate returning to the basics of the countryside as a human settlement different from city, a geographic phenomenon different from urban areas, and a physical environment characterized by nature and landscape; rediscovering the values of the countryside as a living space for people, a production place of agriculture and others, an ecological place for nature, and a cultural place of civilization; rethinking the urban-rural relation as a unity of opposites supplementing each other, with mutual respect in political term and equal opportunity in policy term. It calls for comprehensive restructuring of the countryside, to promote the economic transition from traditional agriculture to new rural economy along with the coming of new industries, the social transition from traditional farmers to new rural residents along with the return of rural population and the migration of urban population, the spatial transition from traditional villages to new rural settlements along with the reutilization of old buildings and the construction of new ones. All these rely on fundamentally reforming the traditional urban-rural dual system to encourage the free flow of production factors, in particular population and land, between urban and rural areas, to which innovations will be the only approach, such as the economic innovation of developing new economic compound of agriculture, tourism, leisure, services, etc., the social innovation of establishing the residence permit institution covering both urban and rural population, the institutional innovation of setting-up the market mechanism for free transfer of collective-owned land, and the planning innovation of shifting the top-down instruction to bidirectional coordination through public participation.